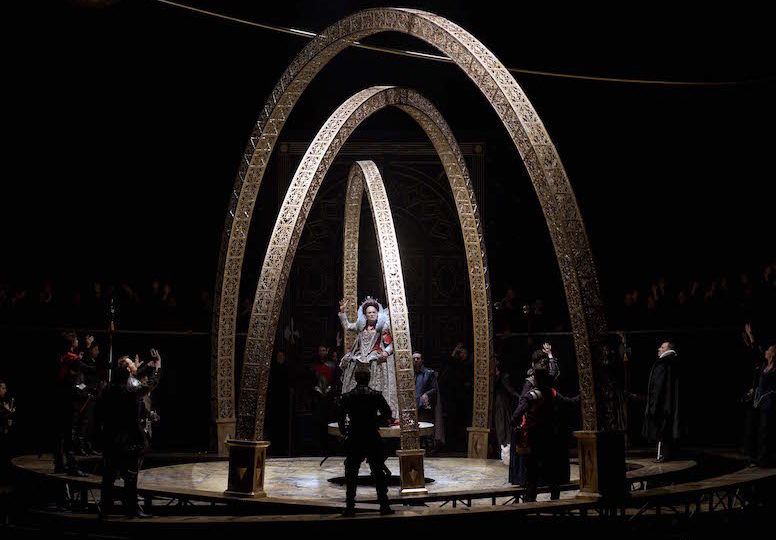 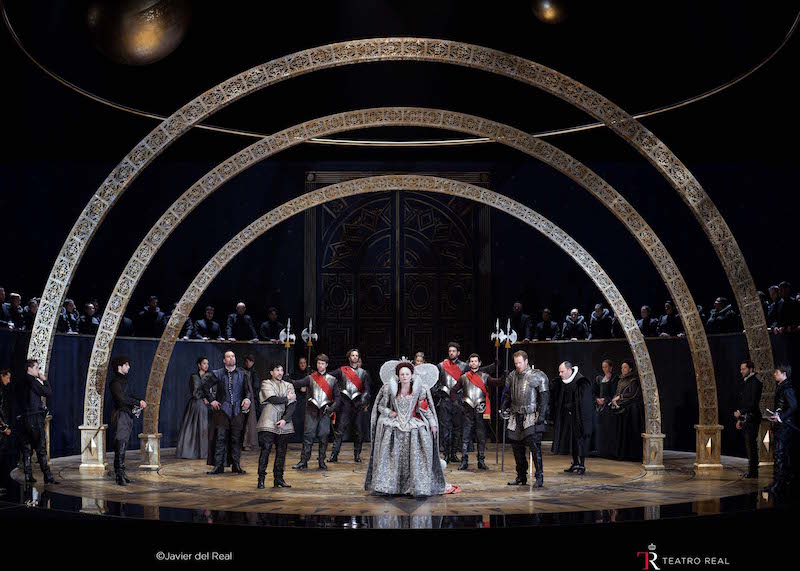 Where does the Queen end and the Woman start? That is a question that probably Lytton Strachey asked himself in «Elizabeth and Essex: A Tragic History» (1928) on which the opera is based.

Gloriana is an opera in three acts by Benjamin Britten to an English libretto by William Plomer which was based on the work of Lyntton Strachey who was a founding member of the Bloomsbury Group. It opens in Madrid with the approaching 65th anniversary of Elizabeth II’s reign. Gloriana, which is claimed to be one of the greatest operas, and is a co-production of the English National Opera and the Vlaamse Opera of Antwerp. 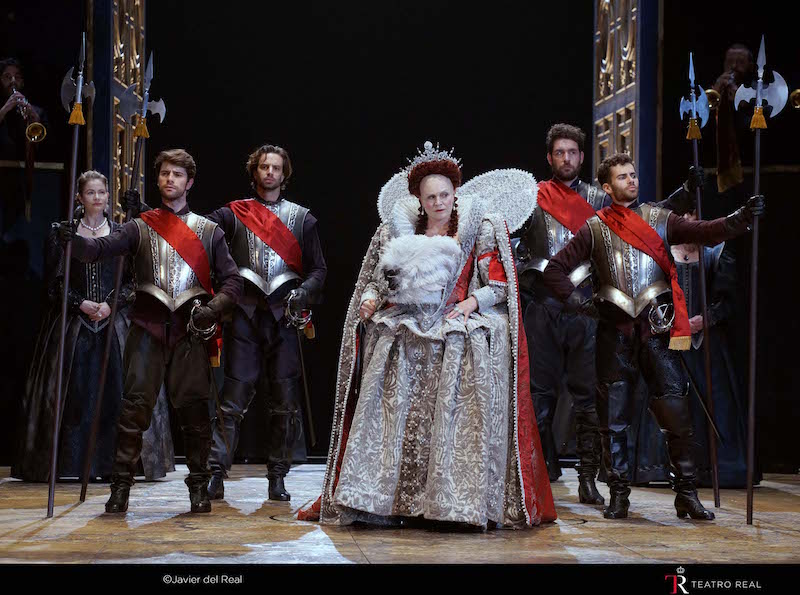 Gloriana was used to refer to Elizabeth I to magnify her reign by the poets of the epoque from 1558 to 1603, like Edmund Spencer´s poem «The Faerie Queen». Queen Elizabeth I knew very well the difficulties of her job, she had to dodge many dangers from early age. The Crown was in the hands of her half sister Mary when she was still very young and there were many conspiracies around Court about who was going to be heir to the Throne. That period cultivated a very wise and astute Elizabeth. In the long years of her reign she had to overcome many obstacles leaving all of them gracefully. Considering that we are talking about XVI century, Elizabeth was in today’s terms a woman ahead of her time. She never married, she remained single and sacrificed her feelings and emotions for the sake of England and her people, given that it was not an option marrying France or Spain. Elizabeth lived her life in the chains of power and her solitude. 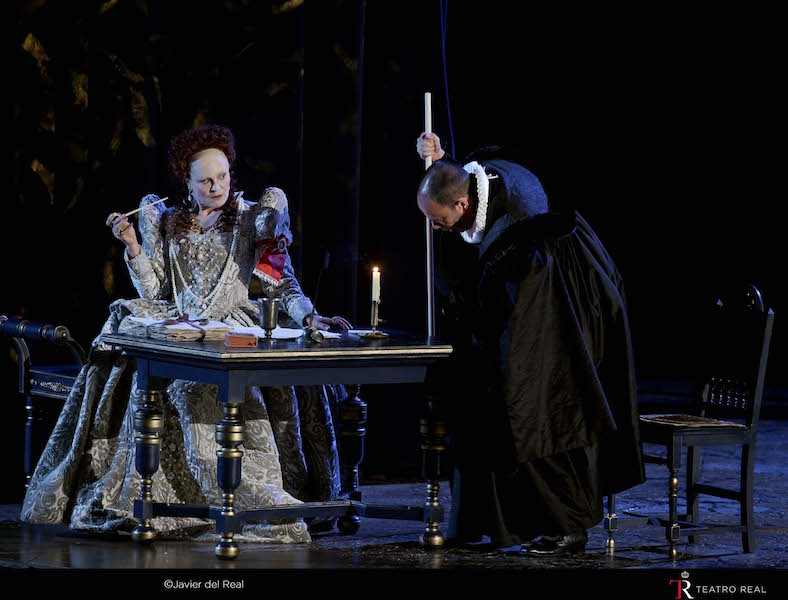 The opera is about Elizabeth´s fascination for Robert Deveroux, Earl of Essex. He was a charming young man and the Queen was an old woman. Between them there was an age difference of more than 30 years, which was quite a scandal in the XVI century (as it is nowadays). Robert was married and Elizabeth was very jealous and insecure about herself. They had a very complex relationship where duties and feelings were mixed up in a very explosive cocktail. Britten’s Gloriana shows a woman beyond the divinity around the virgin queen. Presenting a queen that used her powers to obtain what she wanted from the Earl of Essex, even when she may have revealed her feelings in front of all the Court. Britten is not intending to magnify the figure of the sovereign but rather to penetrate the complexity and contradictions of her character and her public activity. 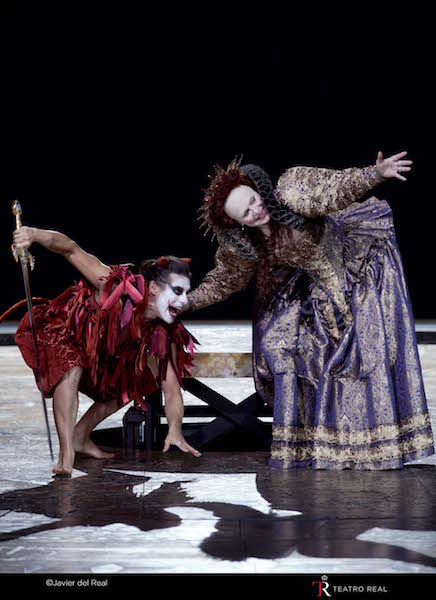 The central theme of the opera we find in the third act «the queen´s dilemma», although she is in love with Sir Robert, she also knows that she has to assume her responsibilities as queen and the tough decision making that entails. Robert is eventually accused of treason and Elizabeth has to sign his death warrant thereby putting her duty as queen above that of a woman in love.

When Gloriana was first performed in London was in 1953 commissioned on the occasion of the coronation for Elizabeth II. The pompous and solemn premiere at Covent Garden took place on 8th June, with the presence of the highest dignitaries of the United Kingdom and the European royalty. The result was a resounding failure, since the opera dealt with the harshness of an episode not worthy of the life of Elizabeth I, showing «too human feelings» without the heroic aura expected by the select public there. 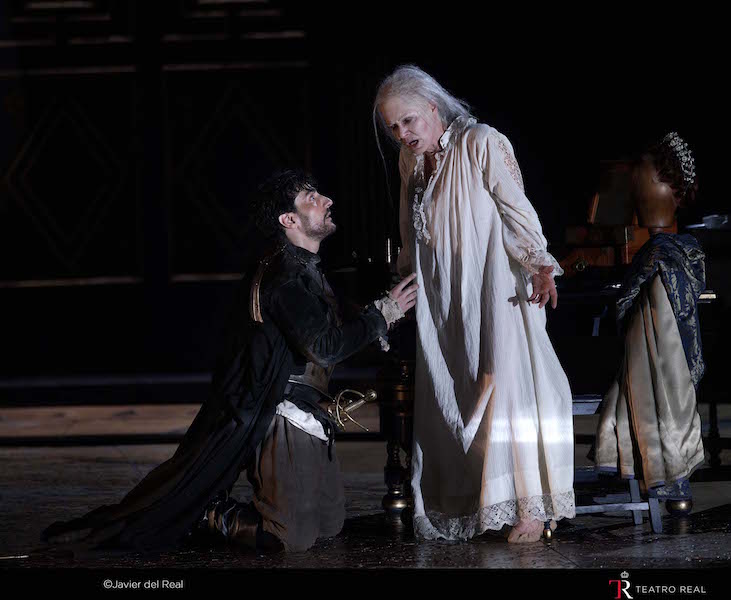 After a long silence and absence and faraway from the social context Gloriana has gradually made a comeback little by little. It was programmed in several theaters with the applause of what it really was, an opera of outstanding musical quality, intimism, and the magnificence of the Verdian operas. It is also a refined orchestration full of evocations of Renaissance music and heirs of Shakespearean theater. Therefore, two British connoisseurs of Britten´s work are in charge of directing this production at Madrid´s Royal Theater.

David McVicar puts the Queen in the middle of the Court totally corrupted and hypocritical. She controls everything and at the same time she is also being watched by others. Europe was immersed in religious and territorial skirmishes and battles, the danger was in and out of Court. The scenery by Robert Jones seems to be inspired by the universe. In the sixteenth century Ptolemy’s geocentric model of the universe, where the planets and the sun revolved around the Earth, persisted throughout the sixteenth century despite the publication of On the Revolutions of the Heavenly Spheres in 1543 by Nicolaus Copernicus which presented a heliocentric system. Likewise this universe seems to extend to and revolve around England where Queen Elizabeth I stands firmly at the centre. The costumes, inspired by the paintings of Brigitte Reiffenstuel in the National Gallery, are extraordinary and reminiscent of the great Hollywood productions.

Gloriana removes the curse with an overwhelming success that anyone who loves Opera can not fail to see. From the 12th till 24th of April. 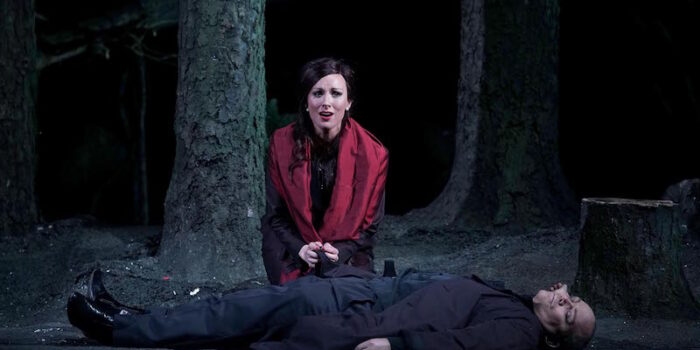 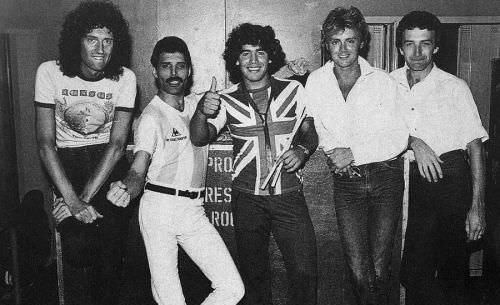 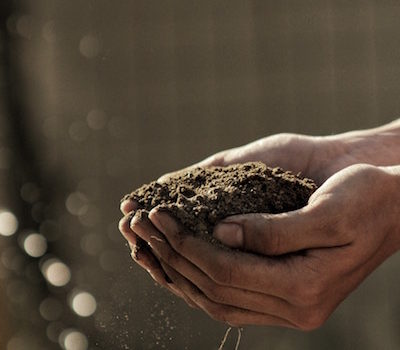 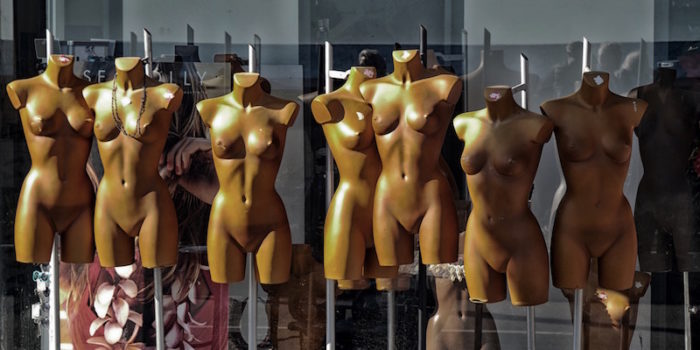 Únete gratis. Join us for free! 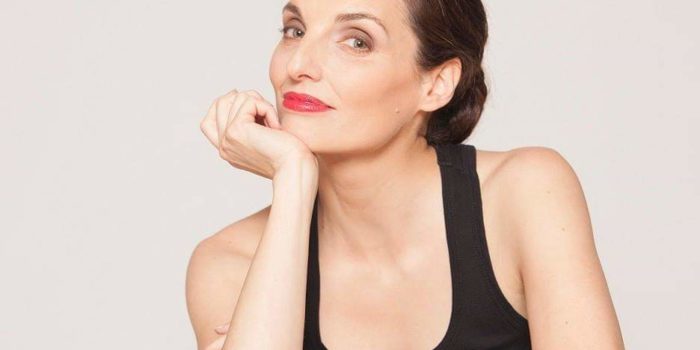 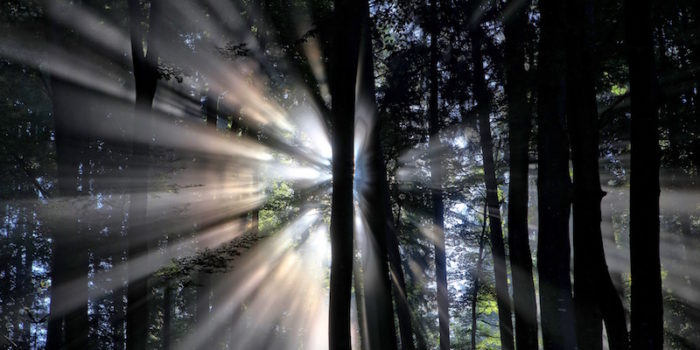 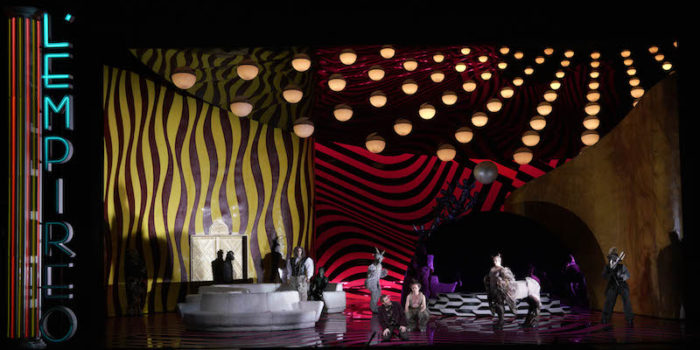